This task follows on from Chocolate for Three.

Bernard introduces Alison, Charlie and Liz to a new kind of chocolate bar: 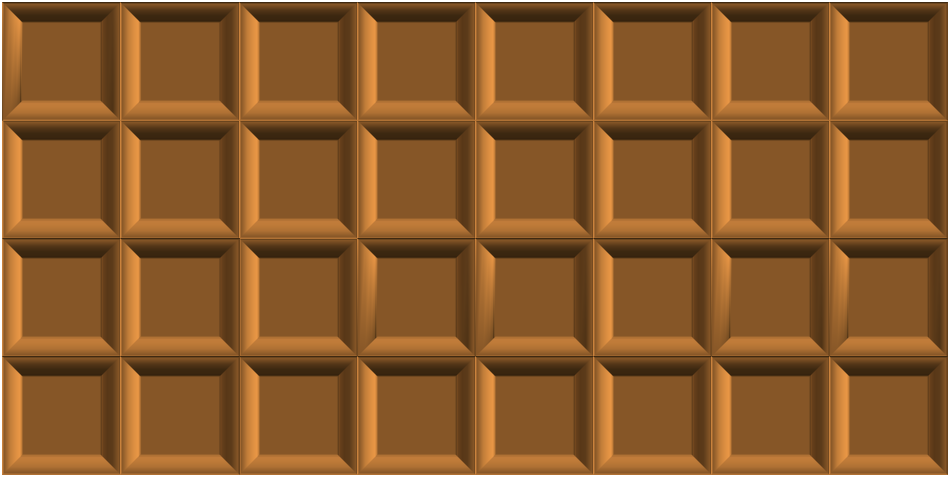 When the four of them meet, they decide to share their chocolate equally.

Here are the numbers of squares of chocolate they have each time they meet:

When will they be able to share their chocolate equally?

Can you create an image (diagram) that helps you decide?

If Bernard, Alison, Liz and Charlie were sharing a large number of Lego bricks, creating an image to represent all the bricks will take too long...

Can you create simple diagrams to help you decide if they will be able to share their bricks equally, if

Can you explain how you decide if any four large numbers of bricks can be shared equally?